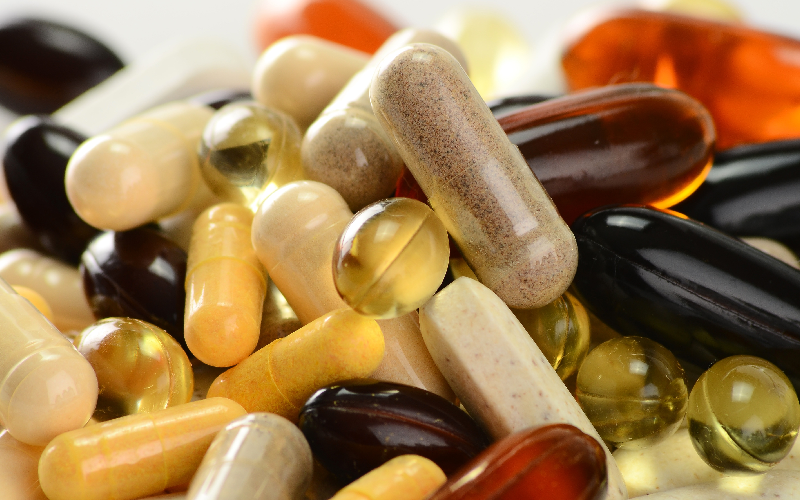 There are hundreds of different types of antioxidants, some more powerful free radical fighters than others. In many cases, even the best antioxidants can do better work when paired with another type of antioxidant.

CoQ10 and PPQ both play important — but different — roles in cell health. In particular they’re both vital in ensuring the health of a key component of cells — mitochondria.

Mitochondria are rod-shaped organelles — tiny cellular structures that perform specific functions within a cell. Mitochondria take in nutrients, breaks them down, and create energy-rich molecules for the cell — mitochondria are said to be the “power generators” of cells. These adenosine triphosphate, or ATP molecules that result from this mitochondria conversion of oxygen and nutrients are the chemical energy that powers the metabolic activities of the cell (the thousands of chemical reactions needed to keep the cell alive and healthy).

Healthy, fully-functioning mitochondria keep cells healthy and extend their life. What’s true for cells is true for the whole body — healthy, long-living cells contributes to a body that is healthy and long-living. This is well-researched, and a large number of cell biologists believe that mitochondrial number and function are a major factor in human longevity.

CoQ10 and Its Role In Mitochondria Health

Coenzyme Q10, or CoQ10, is an antioxidant that’s produced naturally in the body and is an essential component of the mitochondria in cells.

Naturally occurring levels of CoQ10 diminish with age — as we age our bodies become less efficient at producing it. This could partly explain why diseases such as Parkinson’s and Alzheimer’s primarily affect older adults — the bodies of older adults naturally produce less CoQ10. Along with CoQ10’s important role in mitochondria and cell health, this natural lessening of CoQ10 production as we age means CoQ10 supplements may be one of the major anti-aging supplements.

Pyrroloquinoline quinone (a tongue-twister to be sure, which is why it is almost always referred to as simply PQQ) is an antioxidant and essential coenzyme. Coenzyme are organic non-protein molecules that bind with a protein molecule to form an enzyme. Enzymes are significant because they significantly speed up the rate of the chemical reactions that take place within cells.

CoQ10 is vital in that it helps maintain mitochondrial, and thus cell, health. CoQ10 itself doesn’t, however, play a role in mitochondrial biogenesis — the growth of new mitochondria in aging cells. Enter the PQQ coenzyme. PQQ actually activates genes that control mitochondrial reproduction, protection, and repair.

Cells include all-important DNA in their nucleus. This gives cells the ability to split — to divide and replicate themselves to generate entirely new cells. Cells consist of many cellular components, of which mitochondria is just one. Aside from the nucleus, none of these individual components possess their own DNA — with the exception of mitochondria.

Mitochondria are unique among these other cellular components in that they have their own primitive DNA — DNA that is separate and distinct from the more complex nucleus DNA. A cell’s DNA gives it the ability to completely replicate itself. So it follows that mitochondria, with its own DNA, should be able to replicate itself. And in fact it can — mitochondria within a single cell can replicate themselves and increase their number within that single cell.

If a nutrient with the power to trigger mitochondrial biogenesis existed, that nutrient would lead to stronger, healthy cells, and would contribute greatly in the effort to slow and even reverse cellular aging — and in turn slow or reverse the negative effects of aging that humans experience. From an anti-aging perspective, this is why PQQ is so huge — PQQ is that nutrient that triggers mitochondrial biogenesis.

PQQ has also been shown to protect memory and cognition, and found to encourage production and release of nerve growth factor in cells that support neurons in the brain.

Polyphenols are chemicals that exist in almost all plants, including fruits and vegetables. Polyphenols are excellent antioxidants — they protect cells from the damage of free radicals and stimulate stem cells to increase their circulation in bone marrow. In doing so polyphenols help fight and prevent digestion issues, cardiovascular diseases, diabetes and other health concerns.

There are thousands of different types of polyphenols, over half of which fall into the category of flavonoids. Blueberries, green and black tea, and hazelnuts all have high levels of polyphenols. That’s the reason that many nutritional supplements (especially those labeled as antioxidants or stem cell supplements) often include extracts of these foods.

You can find supplements that have a single source of polyphenols, such as a supplement consisting of green tea extract (green tea is a powerful polyphenol). However, most polyphenol supplements consist of two or more polyphenols due to the theory that combining different polyphenols has a synergistic effect.

Resveratrol and pterostilbene are chemically similar polyphenols that are both antioxidants and anti-inflammatories that boost cognitive function.

Resveratrol is a polyphenol found in large concentrations in red grape skins, purple grapes and mulberries. Because it’s a big part of red grape skins, resveratrol is also found in red wine. You may have heard recently that drinking red wine (in moderation) can be good for a person’s health. It’s the resveratrol in red wine that’s providing the health benefit. Resveratrol isn’t present to any significant degree in white grapes, which is why when the health benefits of wine are mentioned, the reference is always to red wine.

Resveratrol is a useful anti-aging polyphenol on its own. It’s even better when taken in combination with other polyphenols — especially pterostilbene.

Pterostilbene is a polyphenol, with blueberries being the food with the highest concentration. You can think of pterostilbene as a cousin of resveratrol as they are structurally quite similar. Resveratrol is known to boost mental function, but recent studies suggest that pterostilbene may be even more potent for enhancing cognitive function.

Several fruits are rich in polyphenols, including blueberries, pomegranates, black elderberries and cherries. Polyphenols may have greater bioavailability (the ability to use a compound for energy and metabolism) when taken in combination with other polyphenols rather than when taken alone.

If you don’t feel like eating several bowls of berries, then go with a supplement that includes two or more berry extracts. While any combinations work, there are is one pairing that is particularly popular.

Blueberries are popular berries that are a great source of vitamin C and vitamin K. They are also very rich in anthocyanins polyphenols. Anthocyanins reduce oxidative stress, which lowers the risk of heart disease in healthy people and people at high risk for the disease.

Studies have shown that blueberries can significantly reduce the risk of type 2 diabetes. One large study has demonstrated that people who eat blueberries have slower rates of cognitive decline — their brain remains healthier as they age.

Pomegranates are high in polyphenols. In fact, they contain over 100 different polyphenols, including many flavonoids and tannins. The antioxidant power of pomegranates is three times higher than that of both red wine and green tea (which themselves are no slouches when it comes to sources of antioxidants).

Studies show that pomegranates may boost heart health. The rich and diverse and polyphenols content make for a powerful anti-inflammatory which can decrease thickening of artery walls. Pomegranates also lessen platelet clumping, reducing the buildup of plaque and cholesterol. 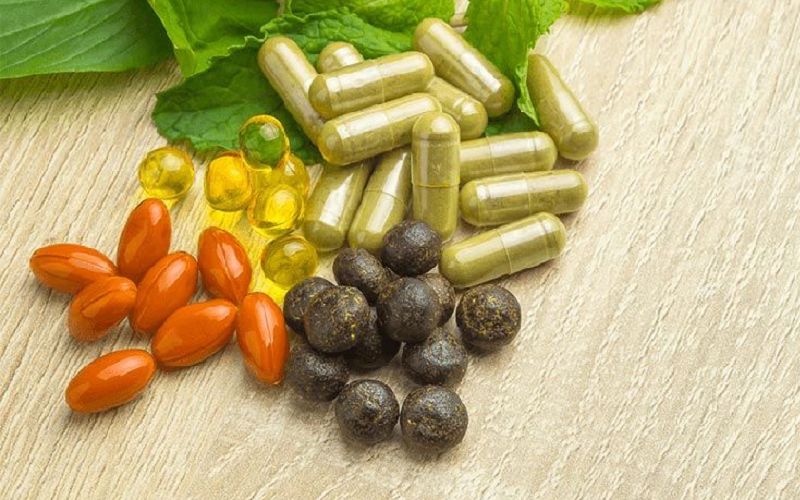 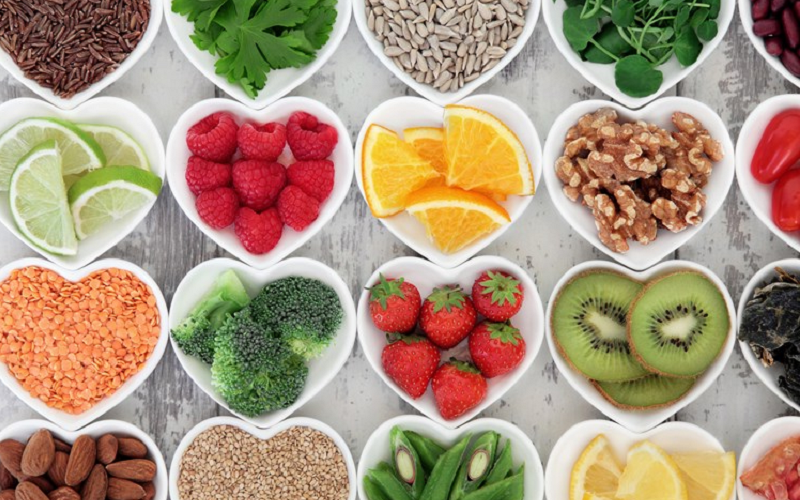 ANTI-AGING: WHY ANTIOXIDANTS LEAD THE FIGHT AGAINST AGING
An increase in antioxidants means a decrease in free radicals, allowing cells to remain healthier... 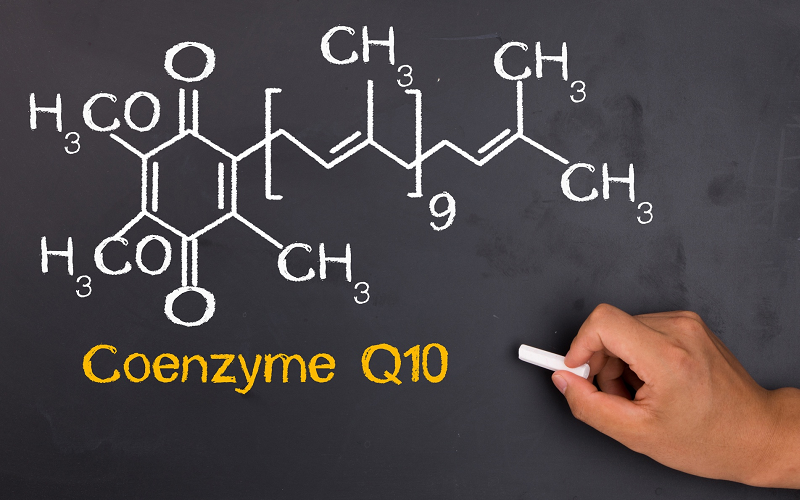 COENZYME Q10 (COQ10) AS AN ANTI-AGING SUPPLEMENT
Coenzyme Q10 (CoQ10) is an antioxidant that is of vital importance to cell health and cell replication...
PARTNERS 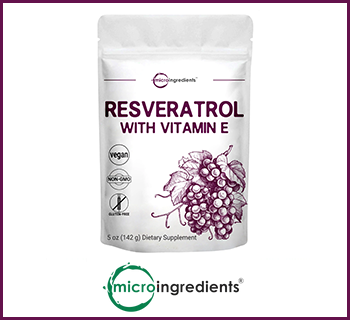