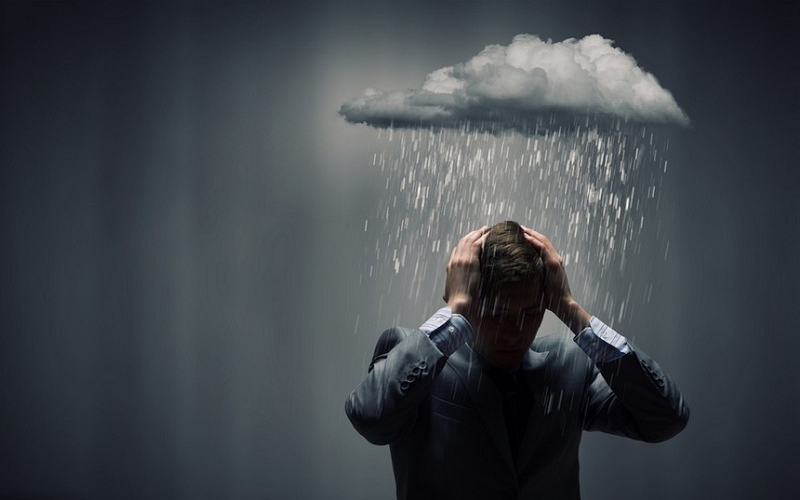 Meditation, when used correctly, allows a person to slow down and view the world without judging. It helps a person learn how to pay attention. For those suffering from anxiety or depression (or both, as the two often go hand-in-hand), meditation helps to minimize worrying thoughts and bring on a feeling of focus, calm, and balance. For the many millions of people in the U.S. who live with chronic daily anxiety, meditation can be key to being able to finally relax.

Meditation is a thousands of years old wellness practice with a focus on instilling compassion, attention, and awareness in those who participate.

Meditation is not about becoming a new, different, or even necessarily a better person. Meditation is about self-training to gain a better awareness and a positive perspective. Meditation’s goal is not to get a person to turn off their feelings or thoughts. It’s about becoming able to observe without judgment, and to start to gain a better understanding of one’s own feelings and thoughts.

When we speak of meditation it’s important to note that there are many types of meditation. Different types of meditation techniques incorporate practices from different religions, spiritual disciplines, cultures, and traditions. Which is the best type for you? No one can answer that. There isn’t a universally accepted so-called most effective or best kind of meditation. Just as a physician may have to try multiple prescription medications to achieve positive results in a patient, you may have to try more than one type of meditation before finding the type that matches your particular personality and individual preferences.

How Meditation Treats Anxiety and Depression

There are several techniques people try to treat anxiety or depression. Antidepressants are the usual “go to” treatment. Prescription antidepressants do help many people who are prescribed them, but a majority of people experience adverse side effects — side effects so severe that patients often discontinue taking the medication. If you suffer from anxiety or depression and have tried antidepressants but they were not effective, or you experienced adverse reactions, meditation may be a much better alternative.

The goal of meditation isn’t to block out negative thinking or push aside stress, but instead it’s to actually notice those feelings and thoughts — and gaining a conscious and unconscious understanding that you do not have to act on them. Meditation can also be used to help you prepare your brain for an upcoming stressful situation, such as dealing with a social situation or doctor’s appointment.

There are dozens, if not hundreds of meditation types, sub-types and variations. The following are several of the most well-known and popular forms of meditation.

Mindfulness means to be present and fully engaged with whatever you’re doing in the moment. Mindfulness meditation is the practice of being mindful — being aware — of exactly what you are doing in this present moment. You can practice mindfulness meditation at any time, anywhere, doing anything — walking in the park, washing dishes, or getting dressed in the morning. In short, it simply means to be one hundred percent involved in whatever activity you are currently engaged in — and not worrying about the future, stressing about the past, or thinking about any distractions.

Someone new to mindfulness meditation may be confused by this concept. Just how does one actually “simply” carry out this mindfulness business? Beginners should start by practicing a more formal version of mindfulness meditation. This involves setting aside a short amount of time (even as little as five minutes) to sit quietly and comfortably, close your eyes, and focus on your breathing. Practitioners of mindfulness meditation believe anchors are important. An anchor can be your breath, a particular sound, a sensation you feel, or an object you visualize. Exactly what you choose as an anchor isn’t vital — it’s a tool to assist you in improving your awareness and concentration. Being mindful of this anchor ultimately helps you pay attention to your mind without introducing judgement of your feelings.

Zen meditation is an ancient Buddhist tradition dating back to 7th century China. Over time it spread from China to other Asian lands, where its popularity continues.

Like mindfulness meditation, Zen meditation is about focusing on the moment — on the presence of mind. However, where mindfulness focuses on a specific thing — whether a breath, a sensation, or an object — Zen meditation involves a more general awareness. A practitioner of Zen meditation typically sits in the lotus position (sitting with legs crossed) and focuses their attention inward with a goal of fostering a sense of alertness and presence.

Zen meditation isn’t about dreaminess or a mental withdrawal. In fact, it’s quite the opposite — one should be fully aware, focusing on breathing, and actively dismissing all thoughts that arise. In essence, one should “think about nothing.” To many this sounds like an odd practice, but the goal is to keep the mind from wandering and to become aware of preconceived notions and unconscious behaviors. The intended result is to gain insights into yourself, others, and even the world. From this Zen meditation has been shown to be a help in treating anxiety and depression, as well as other mental health issues that involve distracting thoughts, such as obsessive-compulsive disorder and attention deficit and hyperactivity disorder (ADHD).

Transcendental meditation, or TM, originated in India in the 1950s and gained popularity in the United States when it migrated in the 1960s.

Transcendental meditation is a mantra-based practice. A practitioner of TM selects a mantra — a word, sound (“om” being the classic example), or very short phrase — and calmly and repetitively chants this mantra to clear the mind to allow spiritual strengths to emerge.

TM is said to be an automatic self-transcending technique in that no concentration or attempt at mind control is employed. Transcendental meditation is an effortless non-doing approach with the aim to enable the mind to relax and settle inward, past any mental activity to a state of transcendental consciousness, or restful alertness. Scientific studies have shown that reaching this state of calm, inner wakefulness reduces both anxiety and depression.

When the human brain cannot experience the expected normal, common sensory stimuli it’s used to, it automatically attempts to account for missing stimuli. It does this by amplifying neural noise. This neuronal noise is the electrical fluctuations within neuronal networks — the systems that allow neurons (brain cells) to communicate with one another. The result is a shift in the frequency state of brain waves.

Using a Light and Sound System to Experience the Ganzfeld Effect

Achieving the Ganzfeld effect is accomplished by using a light and sound system designed just for this purpose. A Ganzfeld system includes two components:

A Ganzfeld system comes with many sessions, where each session consists of an audio track paired with light controls to coordinate specific frequencies of light and sound. You’ll do nothing but put on the earbuds and Ganzframes, choose and start a session, and then sit back and relax. Each session gradually moves you to an alpha or theta brain wave state.

In the alpha state relaxation and meditation begins — you’ll be deeply relaxed, but still awake. In the alpha state we memorize, process, learn and recollect information quickly. In this state, bad habits, phobias, and fears begin to subside. In this state the subconscious mind an effortless sense of peace and harmony naturally occurs. Experiencing this state daily is often helpful in combating both anxiety and depression.

Soon the light and sound session moves your brain waves to the theta state, where you’ll transition into an even deeper relaxed and meditative experience. Here you’ll still be awake, but your brain activity becomes closer to that of a sleeping person. It’s here in the theta state that you’ll become in touch with the deeper subconscious part of your mind. In the theta state people often experience vivid imagery and creative visualizations. Here inspirational thoughts and motivation increase — another positive in the fight to minimize anxiety and depression.

The Kasina DeepVision™ Bundle from MindPlace is an example of a state-of-the-art microprocessor-controlled light and sound Genzfeld system. 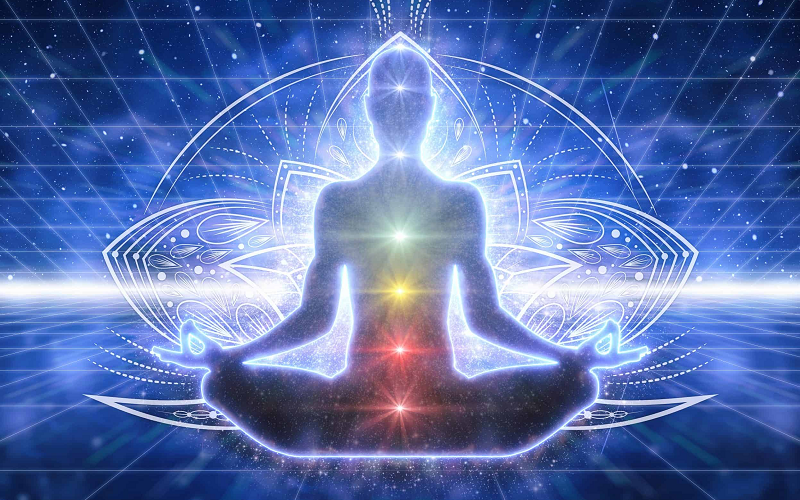 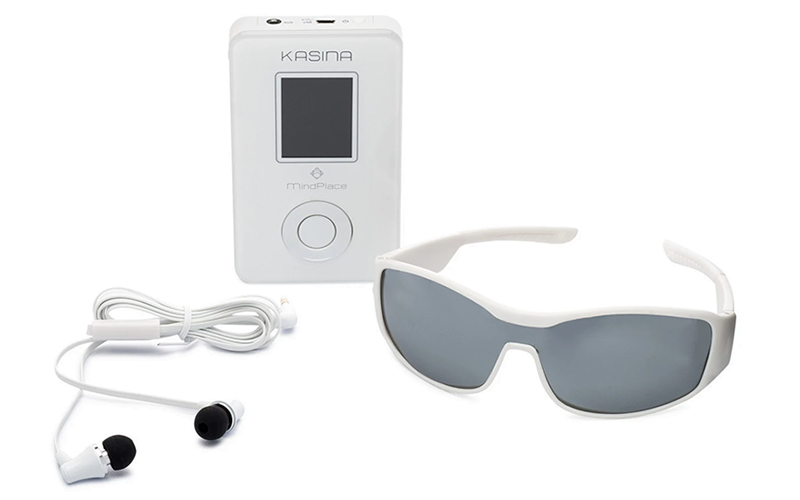 GANZFRAMES AND THE GANZFELD EFFECT FOR LIGHT AND SOUND MEDITATION
With light and sound meditation you can achieve all that traditional meditation offers...
PARTNERS 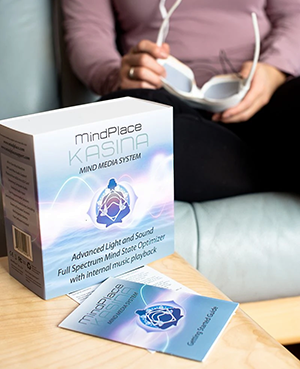