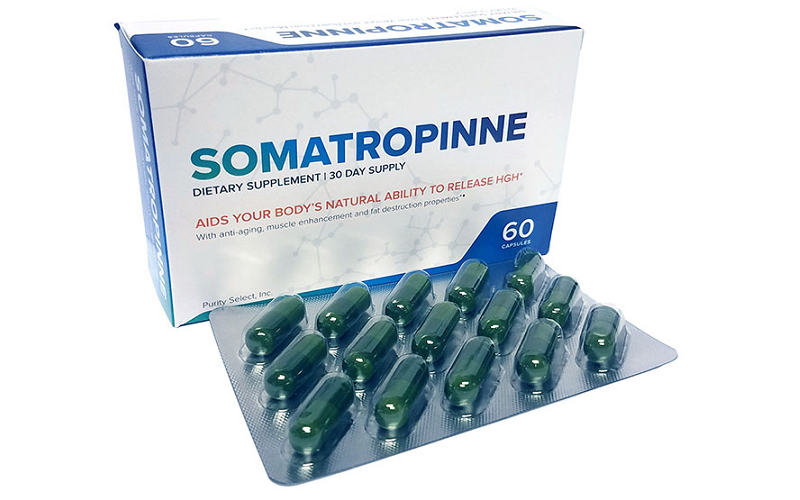 What Is Human Growth Hormone (HGH)?

Hormones are important chemical messengers that travel throughout the body, communicating with organs and tissues to keep the body functioning properly. There are many types of hormones, each serving specific functions. Estrogen, testosterone and insulin are examples of hormones most people are familiar with. Human growth hormone, or HGH, is another example of a hormone.

Human growth hormone (HGH) is created and secreted by the pituitary gland — a small gland situated near the base of the brain. A big purpose of HGH is height growth, so HGH levels are at their highest in children and adolescents. As a person ages their HGH levels drop — but not completely. The body needs some HGH because in addition to bringing about growth, HGH assists in important, lifelong tasks including building and maintaining healthy tissues, boosting metabolism, and increasing muscle mass.

In addition to directly performing important activities itself, HGH also stimulates the liver to produce and secrete insulin-like growth factor-1, or IGF-1. Like HGH, IGF-1 plays key roles in many human systems. In fact IGF-1 carries out as many, or more, actions as HGH. While less familiar to most people, IGF-1 is certainly as important as HGH — it just doesn’t get the credit it deserves.

After the important work in assisting in height growth draws to a close, the body’s level of HGH naturally declines. From around the age of 25 HGH levels steadily and continuously drop. And because HGH levels lessen, so to do IGF-1 levels — the lower levels of HGH means there are fewer signals to the liver to produce IGF-1. Since HGH plays a role in muscle gain, people interested in gaining muscle mass have taken an interest in increasing their HGH levels.

Somatotropin, Somatropin, and Somatropinne — three similar looking words that all have something to do with HGH. The similarities can easily result in confusion, so let’s clear that up:

Somatropin, the synthetic HGH, works for increasing muscle mass. However, it is legal only by prescription, and even then it is usually only prescribed for certain specific medical conditions such as growth failure or a deficiency of HGH. Somatropin is also prohibitively expensive, costing thousands of dollars a month.

Somatropinne was developed as a solution for people who want to increase their HGH levels, but can’t get (or afford) Somatropin injections. Somatropinne is an effective, natural, safe, and — compared to injections — far more affordable means of increasing HGH levels.

Somatropinne HGH is a product from Purity Select, and is available for purchase at the HGH.com website.

Somatropinne HGH is a supplement containing ingredients that can stimulate and promote the pituitary gland to release more human growth hormone (HGH). More HGH — and in turn, more IGF-1 — has positive effects on muscles.

When it comes to muscle growth and building — and sex drive — testosterone is the essential hormone for men. An increased level of HGH is a benefit in its own right, but it is also a benefit in that increased HGH signals your body to produce higher levels of testosterone. A study published in the medical journal, The Journal of Clinical Endocrinology & Metabolism, determined that increasing HGH in healthy older men increased testosterone levels, resulting in improvements in body composition, balance, and strength. Other studies have shown similar results as well.

Somatropinne HGH contains ingredients to trigger the release of HGH, but some of its ingredients also contribute to muscle health and growth in other ways.

When working to increase muscle mass, a healthy diet rich in proteins is important. However, if your body isn’t able to adequately carry essential nutrients to your muscles, much of your carefully planned dieting efforts will go to waste. Somatropinne HGH includes ingredients that that stimulate red blood cell production and expand your blood vessels to improve blood flow.

Speaking of protein, Somatropinne HGH includes ingredients that will improve how your body makes use of proteins. Carbohydrates, fats, and proteins can all be used as energy sources. While proteins can be used for energy, you’d rather have them contributing to muscle growth. Somatropinne HGH allows your body to better be able to take up proteins and use them in muscles, rather than burning them off.

Other Benefits of Somatropinne HGH

Somatropinne HGH is best known for its influence on muscle gain, but it does have additional health benefits.

In men, one of the primary factors in low libido (low sex drive) and inhibited sexual function is decreased blood flow to the genitals. And one of the primary culprits in poor blood flow is a deficiency in HGH levels. Low levels of human growth hormone also limit the pleasure normally accompanying sexual activity, which makes it more difficult to have a satisfying sexual experience and to reach orgasm. The ingredients in Somatropinne HGH bring about a rise in HGH levels, resulting in improved sexual health.

For a man, low levels of testosterone can diminish sex drive and contribute to erectile dysfunction (ED) — difficulties in getting and maintaining an erection. Increasing HGH levels has the effect of also increasing testosterone levels.

The ingredients in Somatropinne HGH are human growth hormone secretagogues — a secretagogue being a substance that causes another substance to be secreted.

Hawthorn berries are the tiny bright red fruits that grow on Hawthorn shrubs — also called Whitethorn or May flower — that are found in Asia, North America, and Europe. Traditional Chinese medicine (TCM) has made use of Hawthorn berries for centuries, primarily as an herbal remedy for high blood pressure and digestive issues.

Hawthorn berry is a rich source of polyphenols — powerful antioxidant compounds found in some plants. Antioxidants fight free radicals — the unstable molecules that cause harmful effects on numerous bodily systems.

The primary reason for hawthorn berry’s inclusion in Somatropinne HGH is that the berry also helps dilate blood vessels, improving blood flow to muscles, the genitals, and the heart. Improved blood flow ensures that essential nutrients are carried to muscles, which is a necessity in achieving muscle gain. The increased blood flow to the genitals can increase libido (sex drive).

The seeds of the mucuna pruriens plant are rich in L-Dopa, an amino acid that is a precursor (a compound that produces another compound) of dopamine. Dopamine is a powerful neurotransmitter that plays a major role in many aspects of human physiology, including testosterone, HGH, and IGF-1 levels. As a big player in hormone level increases, mucuna pruriens is found in Somatropinne HGH and several testosterone-boosting supplements. It’s so effective that many bodybuilders and strength athletes include mucuna pruriens as one of their primary supplements.

The Maca plant — also referred to as Peruvian ginseng — is primarily found in Peru, where it has been used for thousands of years by locals to improve overall health. Maca’s ability to nourish and stimulate both the pituitary and hypothalamus glands gives it its reputation as a supplement good for general well-being.

Maca works as both a hormone booster that assists in muscle gain and as a stimulator of nitric oxide levels, which improves blood flow.

2-Amino-5-Pentanoic acid, known in the bodybuilding world as L-arginine, or simply arginine, is an important amino acid used in the biosynthesis (biological production) of proteins.

L-arginine is made by the body, and it’s also found in protein-rich foods popular with bodybuilders: red meat, fish, poultry, fish, beans, and soy. L-arginine is a key ingredient of Somatropinne HGH because it contributes to muscle health in a number of different ways:

For bigger, stronger muscles, combined with a lean, ripped physique, L-arginine is key.

Somatropinne HGH is a product of HGH.com — a Better Business Bureau A-rated division of Purity Select Inc. As such, Somatropinne HGHis for sale only at the HGH.com website. HGH.com sells a number of muscle, strength, and bodybuilding supplements.

All of the HGH.com products, including Somatropinne HGH, are manufactured in CGMP certified labs located in the United States. CGMP refers to the Current Good Manufacturing Practice regulations enforced by the U.S. Food and Drug Administration (FDA).

Using a CGMP certified lab adds to the cost of a product, so you’ll find that not all nutritional supplements are produced in such labs. HGH.com believes that the extremely high quality of their products is easily worth the the additional cost. A CGMP certified lab has systems in place that assure proper design, control, and monitoring of the entire facilities and manufacturing process.

At a CGMP certified lab controls are in place to assure appropriate quality of all raw ingredients, and detection and investigation of any deviation in product quality. The result is an assurance of the identity, quality, purity, and strength of all ingredients.

All multi-ingredient, high-quality muscle gain products are inherently more expensive than single-ingredient nutritional supplements or typical “one a day” type general vitamins. People who are serious about muscle health consider the higher cost worth it.

If you’re a long-term planner you’ll really come out ahead. A 6-month supply — six boxes — costs $419.90. That’s the cost of four individual boxes, meaning buy 4 boxes and get 2 boxes free.

If you’re really serious about bodybuilding or muscle gain, then consider a one year’s supply to really save big. A 12-month supply — twelve boxes — costs $799.99. That’s the cost of eight individual boxes, meaning buy 8 boxes and get 4 boxes free. 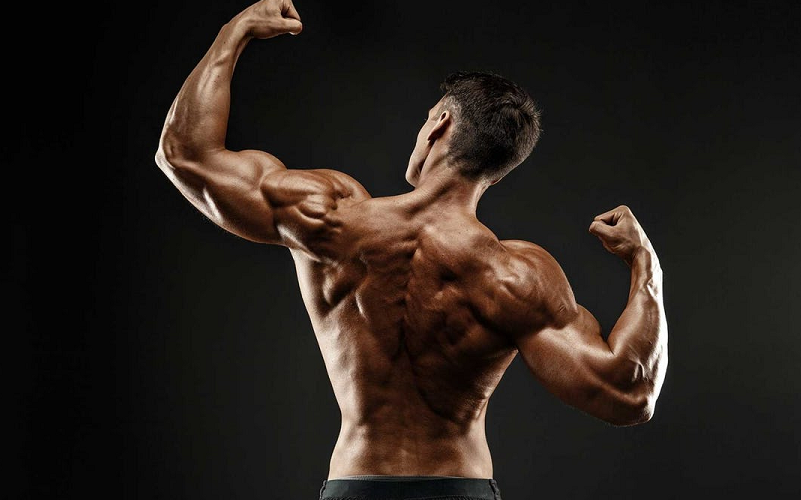 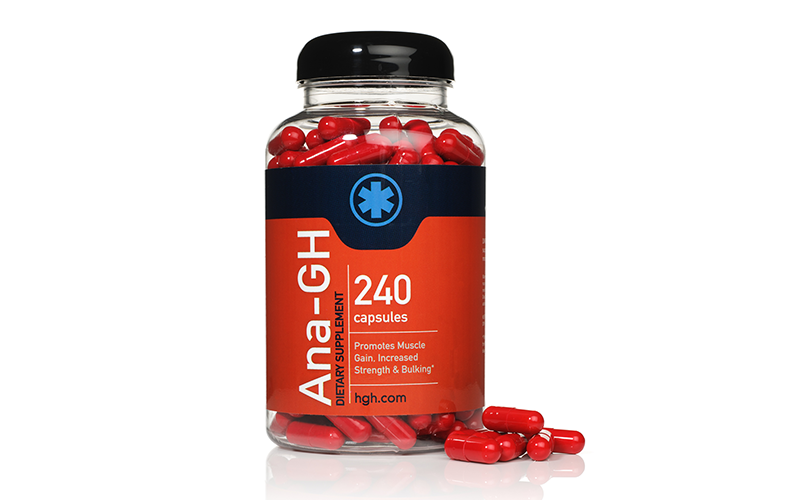 RAPID MASS GAIN USING NON-STEROIDAL ANA-GH INSTEAD OF STEROID ANADROL
ANA-GH is a bulking agent that can help weightlifters pile on muscle mass.... 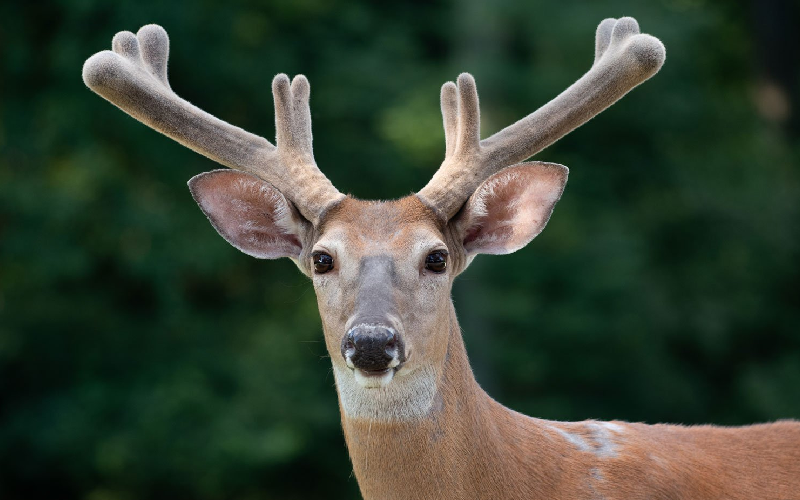 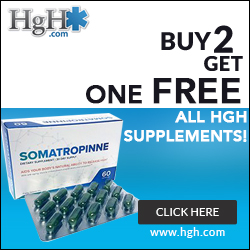 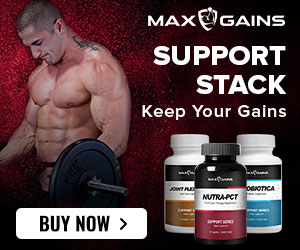