Neuroplasticity, or brain plasticity, is the brain’s capability to alter its connections — to re-wire itself. Without this ability a person’s brain would not be able to develop from birth on through adulthood, or recover to some degree from a brain injury.

The brain is more adaptable and flexible than previously believed — it’s continually optimizing and reorganizing itself by reassigning cognitive abilities from one lobe to the other. One example: following a stroke, the brain can reorganize to shift functions from damaged areas to undamaged areas.

Studies of brain imaging have demonstrated that each time a new task is learned, the brain changes by expanding its neural network. Unfortunately, because of our modern lifestyle we’re apt to not make full use of our brains.

“There are a few broad principles that we can state come out of neuroscience, with the foremost one being that the brain is remarkably plastic — even in middle or old age, the brain is still adapting very actively to its environment.”
Kurt Fischer, Harvard University’s Mind, Brain, and Education Program

Neuroplasticity: What It Is

Neuroplasticity, also referred to as neural plasticity, neuroelasticity, or brain plasticity, is the remarkable ability of the brain to continually adapt and change throughout the course of a person’s lifetime. Any synapse (the small gap where a signal passes from one nerve cell to another) can strengthen or weaken over time. The amount of grey matter can fluctuate. And brain activity related to a particular function can be reassigned to a different area of the brain.

Neural networks are defined as groups of neurons, or nerve cells, that fire together, creating electrochemical pathways. Neuroplasticity can be defined as the selective organizing of connections between neurons (nerve cells) in our brains. This tells us that when people repeatedly engage in an activity, or access a memory, their neural networks reshape themselves in accordance to that activity or memory. When a person stops practicing new things, the brain eventually eliminates the connecting nerve cells that formed the pathways — those particular pathways no longer serve a useful purpose.

According to research at the Department of Neurobiology, University of Alabama, there are two major areas of the brain that have the capability to continuously give birth to new neurons in adults: the hippocampus and the cerebellum.

The hippocampus is the center of long-term and spatial (information about one’s environment and orientation within it) memory, while the cerebellum is the center for coordination and muscle memory. These two parts of the brain account for most of a person’s memory — these regions have the highest rate of neurogenesis (the process by which new neurons are formed in the brain). 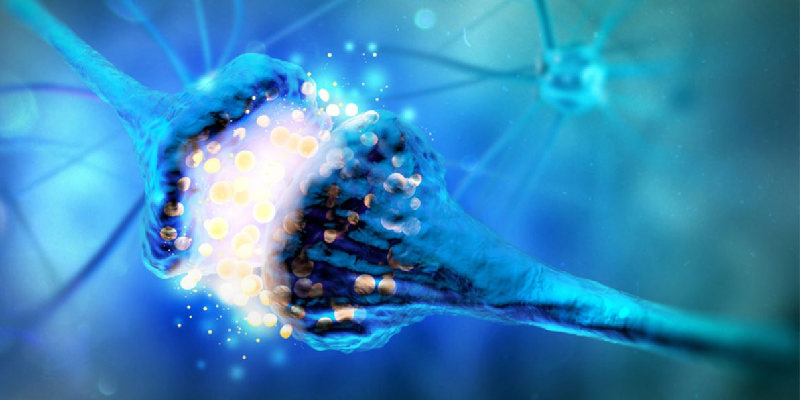 The experience of learning forms new pathways in the brain. Each new learning experience is a chance to potentiality connect new nerve cells and improve the brain’s mode of operation. Learning improves neuroplasticity, and in turn makes further learning easier. That’s one benefit of neuroplasticity, but there are others.

Improve Working Memory
One of the most common kinds of memory issue is a reduction in working memory — the mind’s ability to retain pieces of information while you go about taking care of other things. An example would be having difficulty remembering the items you intended to buy at the grocery store. There are many brain exercises that improve the working memory.

Process Information Better
A person who works to improve neuroplasticity often has a more developed occipital lobe — the visual processing center of the brain. Which means more efficient processing of visual information. That can translate into enhanced creativity skills and imagination. It can also mean a better ability to visualize the abstract, such as the future, leading to better planning and decision-making. For many people the parietal lobe also strengthens. The parietal lobe is responsible for a person being able to turn letters into words, and words into ideas and innovative — necessary skills for writing and reading comprehension.

While it’s well known that mental activity and diet play a role in increasing neuroplasticity, it’s not quite so common knowledge that physical activity also plays a role in retooling the brain — this article in the journal Neural Plasticity makes the case.

You can reshape your life by reshaping your brain. Start doing the tips below to increase neuroplasticity at any age.

Read a Book
Researchers at Emory University determined that reading a book (especially fiction) builds increased connectivity in the brain. As a side benefit, reading a novel gives you an opportunity to slow down and relax — something most of us would benefit from in this hectic modern world.

Determine a Real Purpose In What You Plan On Learning
There’s little doubt that changes to the brain will be more substantial if you’re inspired and alert. When you feel you have a good justification for learning a topic, you’ll put more effort and focus on the undertaking.

When you establish clarity, you’re able to establish purposeful goals to set, and you also gain an understanding of which goals to undertake first. Setting goals is a key part of lifelong learning — and lifelong learning is a crucial factor in improving neuroplasticity.

Take Nootropics Supplements
Nootropics are natural or synthetic substances that can be taken to improve mental performance — they boost intelligence, creativity, focus, memory, and motivation. Caffeine, the amino acid creatine, and the leaf extract Ginkgo Biloba are examples of nootropics.

Reduce Stress
Stress has been referred to as a silent killer — it has a strong negative impact on a person’s health. Stress also decreases neuroplasticity. It’s not always possible for people to reduce the sources of stress, but anyone can change how they respond to stress. Practicing meditation, surrounding yourself with nature, or traveling are very good ways to de-stress.

Get Sufficient, and Quality, Sleep
A person’s brain needs sleep to reset and strengthen the brain connections that are crucial for learning and memory. Even a single night of too little — or very restless — sleep hinders the brain’s process of resetting itself. That lack of good sleep impairs memory.

Neuroplasticity training, or neurosculpting workshops have become commonplace in the tech industry, and they’re now gaining acceptance and popularity among individuals of all walks of life. Groups in a company can bring in neuroplasticity experts for training, but that’s not feasible for individuals. For many people wanting to go solo in their efforts to boost productivity, learning retention, and focus, online training is a good solution.

As mentioned above, there are several things a person can do on their own to increase brain power, including getting a good night’s sleep and taking nootropics supplements. It turns out, though, that improving mental fitness is much like improving physical fitness in that it demands extensive training. In the case of mental fitness, training is required to bring about better habits and to reshape and redefine neural pathways. Fortunately, there are time-tested, professionally produced online courses to help with this training.

An online training program features hours of video and audio lessons based on sound, modern neuroplasticity research. These online brain training lessons are designed to bolster the generation of new brain cells, enhance cognitive flexibility, and develop new habits — all with the goal of helping you focus longer, learn more efficiently, and think faster.

Nootropics is a general term for a broad class of chemicals, both manmade and naturally-occurring, that can provide cognitive benefits to the brain. Nootropics are considered cognitive enhancers. A cognitive enhancer is a substance that benefits thinking in various ways — increased concentration, faster processing, improved memory, or a combination of these and other traits of a “strong” brain.

Humans are an amazing species in that we have the inherent skill of taking in new information, and can modify behaviors and actions to cope and thrive in a wide variety of environments and conditions. Of course, some people naturally just have more skills or intelligence than others. With nootropics, every person has the potential to realize at least modest — and sometimes drastic — improvements in brain plasticity thus enabling themselves to increase the ability to change, learn and grow.

There are many dozens of different nootropics &mdash below is a very partial list of some of the more popular ones.

It’s naturally found in coffee, cocoa, tea, kola nuts and guarana and added to many sodas, energy drinks and medications. Caffeine can be taken as a supplement on its own, or in combination with other nootropics. Caffeine works by blocking adenosine receptors in your brain, making you feel less tired, according to this paper.

Creatine
The body uses combinations of amino acids to make protein. Creatine is one type of amino acid. You may be familiar with creatine as it’s a very popular supplement used by bodybuilders to promote muscle growth. Lesser known is that creatine is also beneficial for the brain.

This study from the Institute of Cell Biology demonstrates that after creatine is consumed it enters the brain where it binds with phosphate. This creates a molecule the brain uses to quickly fuel its cells. This heightened availability of energy for the brain cells improves both reasoning skills and short-term memory.

Ginkgo Biloba
Ginkgo biloba supplements come from extracts from the leaves of the Ginkgo biloba tree. It’s hypothesized that some of these benefits may be Due to its ability to increase blood flow to the brain, many people believe ginkgo biloba supplements have positive effects on the brain. A Liberty University study noted improved mental processing and memory in older adults when taken daily for several weeks.

Science has long known that physical exercise is good for the brain because it helps in the creation of new neurons, or nerve cells. What has more recently come to light is that mental exercise has an even greater positive effect on the brain. Most interesting is that the brain of a person of any age can be positively affected by increasing neuroplasticity. When an old brain is taught new tricks it helps to slow age-related mental decline. Anyone can improve their neuroplasticity by engaging in simple practices such as getting adequate sleep and reading more. And anyone can take neuroplasticity improvement to the next level by taking nootropics supplements and even signing up for online neuroplasticity training.

NEUROPLASTICITY IMPROVES MEMORY, LEARNING AND MORE
Neuroplasticity is the brain's capability to alter its connections — to re-wire itself...