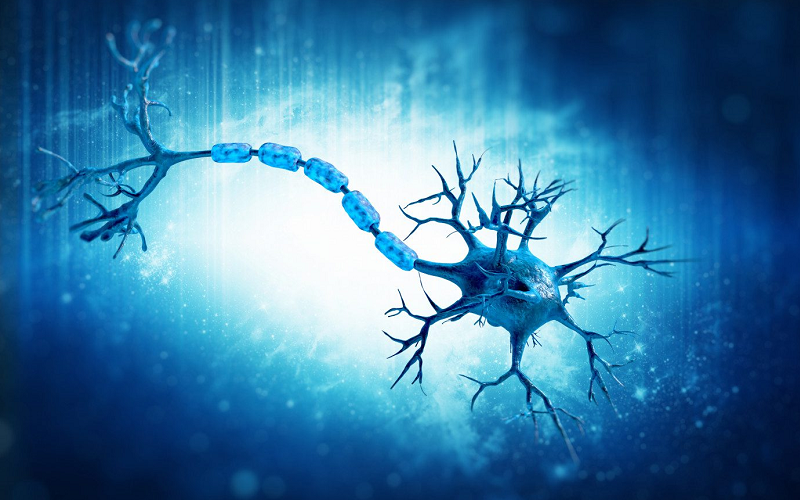 Of the many types of molecules that are biologically active — that play a role in affecting or influencing the nervous system — nerve growth factor (NGF) is one of the most important. NGF plays a significant role in nerve cell (neuron) differentiation (assigning new, split cells a specific function), development, and growth.

What Is Nerve Growth Factor (NGF)?

The nervous system acts as the wiring that coordinates how a body functions, or runs. Nerves register stimuli like smell, sound, light, and touch, and send out impulses to the brain. The brain processes these impulses — it stores and sorts information, and sends out signals to various parts of the body to control movements and processes.

Nerve cells, also referred to as a neurons, are the active component of the nervous system. The impulses mentioned above are electric signals that pass from one neuron to another — it’s how neurons communicate with each other as well as with other types of cells. The neuron is the basic working unit of the brain, so neuron health is of vital importance to brain health, or cognition, in general.

Up until several decades ago it was assumed that after the human nervous system developed, it had a fixed number of nerve cells (neurons), and that this number gradually declined as the body aged. Only fairly recently was it understood that the human body can generate new nerve cells well into adulthood.

Nerve growth factor, or NGF, was discovered by Nobel Prize winner Rita Levi-Montalcini in 1979. NGF is both a neurotrophic protein (a family of proteins that influence the development, function, and survival of neurons) and a neuropeptide (a molecule similar to a protein, and is used for neurons communication).

NGF plays an important role in the growth, maintenance, and survival of nerve cells (neurons). NGF has been shown in increase neurogenesis — the process by which new neurons are formed in the brain.

Neuron-to-neuron communication occurs at the synapse level of neurons, and NGF strengthens synapse connections. This is, in effect, neuroplasticity. Neuroplasticity, or brain plasticity, is the brain’s ability to alter its connections — to re-wire itself. There are several cognitive benefits in this increase of neuroplasticity:

Recent experiments have determined that as NGF production decreases, the ability to form new synapse connections lessens and the capacity to retain and access memories becomes impaired.

More NGF is always better than less NGF. Neurons require nerve growth factors to thrive and survive. Because these factors are a limited resource (shown in green in the following figure), some neurons (pictured in blue) may “grab hold” of a disproportionate number of NGFs, leaving other neurons short-changed and unable to uptake sufficient quantities for their own needs (shown in red). That’s the reasoning for taking nootropic supplements that may stimulate greater NGF production. 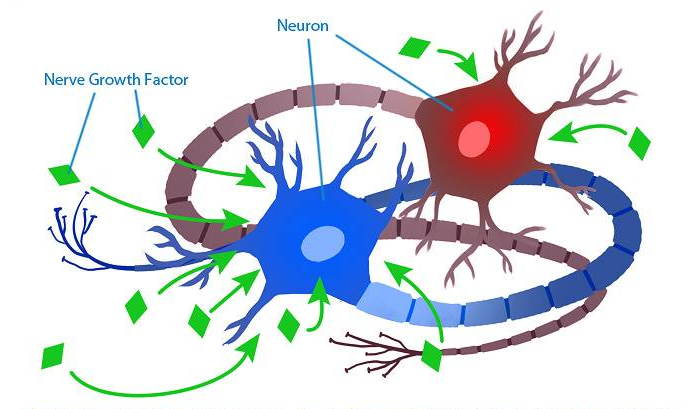 Nootropics That Act as NGF Supplements

By increasing the amount of NGF in your body, you allow your body to optimize its neural network, creating more — and stronger — synaptic connections. This results in improvements in several areas of brain cognition. Of the more than one hundred nootropics — substances that have a positive impact on mental skills — several are known to enhance the production of NGF and can be thought of as NGF supplements.

Ashwagandha is an herb that has been used for medicinal purposes for thousands of years. Ashwagandha is a powerful adaptogen — a natural substance that helps the body handle stress and provides a normalizing effect upon bodily processes.

Ashwagandha has been demonstrated to reconstruct neuron synapses, help regenerate neuron dendrites and axons, and revitalize neural networks that have been affected by neurodegenerative disease. One of the key ways Ashwagandha performs these brain building processes is by raising levels of NGF.

L-theanine is an amino acid that naturally occurs in green tea. L-theanine is a nootropic used for anxiety, focus, mood, and learning. L-theanine increases the brain levels of several neurotransmitters, including dopamine, serotonin, and GABA.

L-theanine is known for producing an energizing yet calming effect — a “relaxed attention.” A 2014 study showed that L-theanine increased nerve growth factor in the hippocampus, inititating neurogenesis (the process of forming new neurons) and improving recognition memory.

Uridine 5′-monophosphate (or uridine monophosphate, or sometimes simply uridine) is a compound that is one of five nucleosides — precursors of nucleotides which are the building block for RNA and DNA. Receptors are found on cell surfaces, and small molecules such as neurotransmitters or hormones bind to them to activate, or inhibit, the receptor’s sending or receiving of signals. Uridine has the ability to activate P2Y2 receptors — receptors that play a key role in increasing levels of the neurotransmitter acetylcholine. Studies show that higher levels of acetylcholine have a positive effect on nerve growth factor and can help boost cognitive function — especially memory.

Phosphatidylserine, or PS, is a fundamental component of all cell membranes. Present in every cell, it is most concentrated in nerve cells (neurons) in the brain. Phosphatidylserine can be produced in the body, and can also be consumed directly from supplements and some foods.

Phosphatidylserine plays a few roles in brain health by supporting the structure of neuron membranes, the functioning of neurotransmitter release at nerve synapses, and restoring declining neurons. PS is also known to activate nerve growth factor to assist in reversing cognitive decline.

As mentioned just above, phosphatidylserine (PS) is described as important to nerve cell membranes. Citicoline, or CDP choline, works similarly to support these membranes. Citicoline is a nootropic that’s a good source of choline, and choline is a precursor of the neurotransmitter acetylcholine (ACh) — one of the most important neurotransmitters when it comes to memory, learning, and overall cognitive function.

Methylcobalamin is a form of vitamin B12 that is essential to support neurological and nerve function. Glutamate is a powerful neurotransmitter released by brain neurons, and plays an important role in memory and learning. Methylcobalamin helps maintain healthy glutamate activity. This B vitamin restores cases of poor synaptic transmission and helps restore lowered neurotransmitter levels to their normal states. A vitamin B12 deficiency may contribute to the risk of dementia. Methylcobalamin is also important in the production of DNA during cell division.

Pyrroloquinoline quinone, or more commonly referred to as simply PQQ, is a vitamin-like compound common in plant foods. PQQ acts as both an antioxidant and B vitamin, providing a range of brain benefits. PQQ fights mitochondrial dysfunction and protects neurons from free radical damage, resulting in improved memory and general cognitive health.

The AWAKEN supplement from Awakened Alchemy is a perfect example of a brain nourishing nootropic stack — its ingredients include all of the nootropics mentioned in this article, along with a few additional ones. 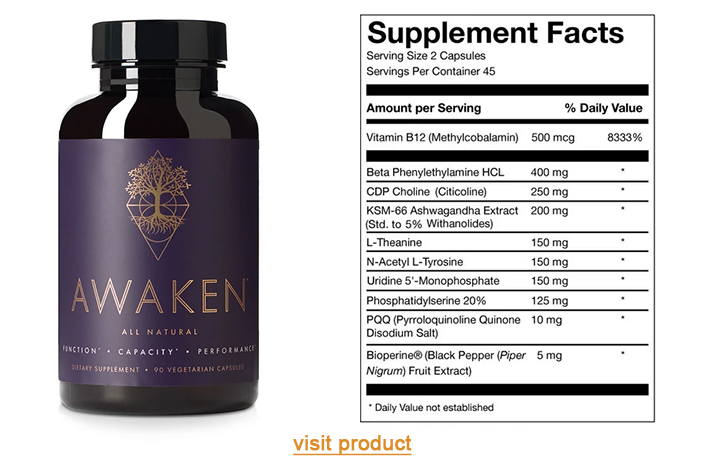 Another premium brain enhancing supplement that can be considered an NGF brain supplement is Opti Nutra’s Mind Lab Pro — one of the top selling brain boosters. Its ingredients include some of the NGF releasers mentioned in this article, such as citicoline (CDP choline), L-theanine, and phosphatidylserine (PS). The Mind Lab Pro ingredients also include several nootropics that target multiple brain pathways — the different processes by which the brain carries out its many cognitive functions.

Creating Your Own Custom NGF Stack

If you want the convenience of a quality nootropic NGF-enhancing stack that’s developed by professionals and available in a single supplement, then the above-mentioned AWAKEN supplement is a great choice. If you feel creative, and like to experiment, then you can instead design your own custom stack.

The NGF-enhancing nootropics listed in this article — and many others — can all be purchased individually and in powder form from a website such as BulkSupplements.com. For instance, if you were interested in putting together a stack consisting of Ashwagandha, L-Theanine, and Phosphatidylserine (PS), you could purchase a package of each of those nootropic powders.

Using a digital scale (pick up a scale at BulkSupplements.com if you don’t already have one) you’d then weigh a single serving of each — the BulkSupplements.com site lists recommended serving sizes for each supplement — and mix them together in a glass of water or juice, or in a shake. 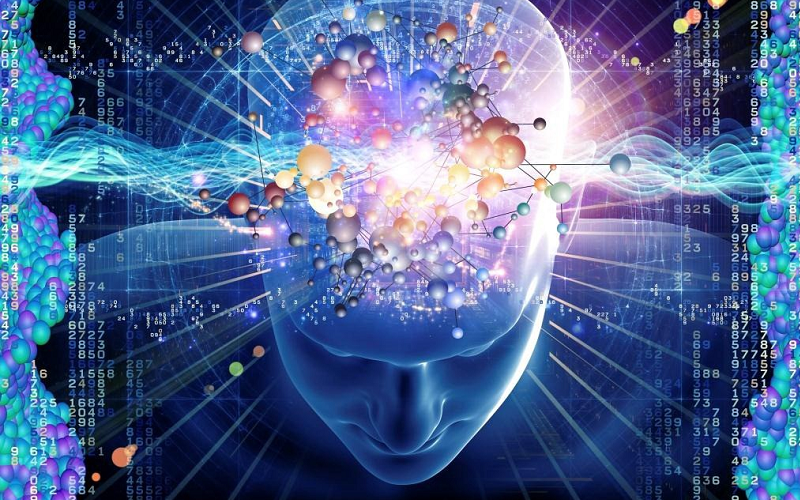 NEUROPLASTICITY IMPROVES MEMORY, LEARNING AND MORE
Neuroplasticity is the brain's capability to alter its connections — to re-wire itself... 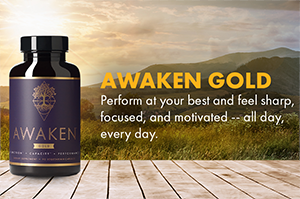