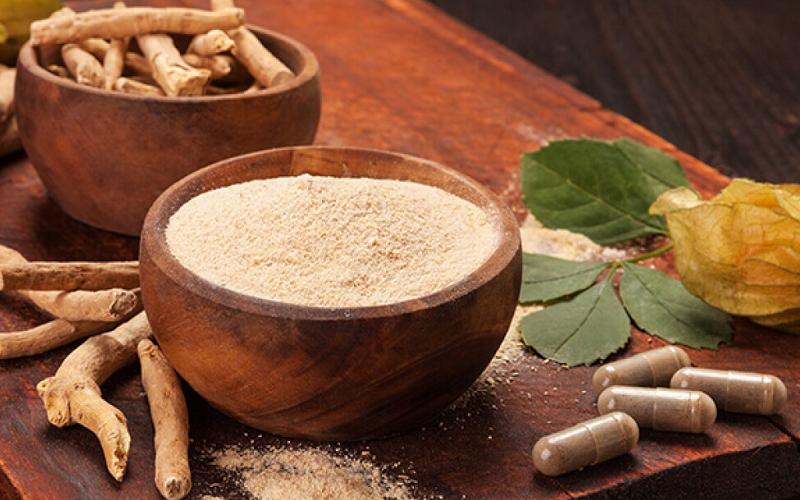 Ashwagandha (scientific name Withania somnifera) is an evergreen plant that grows in India, Africa, and the Middle East. It’s also a medicinal herb used for thousands of years in Ayurveda — India’s traditional system of medicine.

The root of the ashwagandha plant is where most of the pharmacological benefits are found. Ashwagandha root has been used to increase energy and strength, improve metabolism, decrease stress, and increase fertility. It’s this last point — the possibility of making it easier for a woman to conceive — that has linked the root to pregnancy health. But while ashwagandha almost certainly can be of fertility benefit — to both women and men — there are serious questions and doubts about its safety once a woman is pregnant.

Couples facing infertility often, and understandably, search for answers and try a variety of therapies and supplements hoping to boost their fertility. Online in forums and blogs ashwagandha root supplements are

Across blogs and forums, ashwagandha is proclaimed to be a natural and safe means of increasing fertility — for both females and males. And studies seem to bear this out. A BioMed Research International analysis of over 40 studies that involved ashwagandha and fertility and ashwagandha concluded that taking ashwagandha supplements has positive effects on certain aspects related to fertility.

Follicles are tiny fluid sacs located on the outside of the ovaries. Each follicle contains an oocyte. During a woman’s menstrual cycle a single follicle grows until it reaches an appropriately large size and at which point it ruptures to release a mature egg that is ready to become fertilized.

Follicle size is crucial for conception — a follicle smaller than 18 mm rarely releases an egg. Animal studies have shown that supplementing the diet with ashwagandha improves female hormone balance and in turn encourages follicle growth.

Ashwagandha may be best known as an adaptogen — a natural substance that helps the body deal with (adapt to) stress. Many people take ashwagandha for just that reason — to reduce stress and anxiety. The stress-lowering effects of ashwagandha are attributed to the herb’s ability to lower cortisol levels — a hormone the adrenal glands produce in response to stress.

Cortisol is known as the stress hormone, but it also affects hormone production in females. In particular cortisol reduces progesterone, negatively impacting both healthy menstrual cycles and fertility. By reducing cortisol levels ashwagandha has a positive effect on the female reproductive system

Finally, ashwagandha is a powerful antioxidant that reduces oxidative stress and provides protection for cells — including the cells that make up eggs.

While ashwagandha benefits female fertility, it has an even greater positive impact on male fertility. That means for couples looking to conceive it makes sense for both potential parents to supplement with ashwagandha.

There have been numerous studies that have shown that ashwagandha increases both sperm count and sperm motility (movement). A study published in the journal Evidence-Based Complementary and Alternative Medicine demonstrated that an ashwagandha-supplemented diet for men with stress-related infertility enhanced semen quality.

As the antioxidant effects of ashwagandha can improve female fertility-related hormone balance, they also seem to benefit male fertility as well. This was shown in a study that increased levels of reproductive hormones, sperm motility, and sperm count. This was attributed in part to the antioxidant properties of ashwagandha, which act to protect sperm cells from oxidative stress damage.

Are Ashwagandha Supplements Safe to Take During Pregnancy?

Ashwagandha has been used medicinally for thousands of years in India, and is believed to help with a wide variety of health issues including anxiety, fatigue, sleep disorders, joint pain, poor memory, neurological conditions, and stress. The impressive list of health issues ashwagandha addresses makes it an ideal supplement — except for women who are pregnant.

While the use of herbal products during pregnancy may seem like a very natural option, the truth is that several such products can bring about pregnancy complications.

In recent years several roots, spices, and herbs have become popular for their varied health benefits. The use of some of those, however, needs to be greatly tempered during pregnancy. Ashwagandha, and the spice turmeric, are two examples.

The United States Food and Drug Administration (FDA) classifies ashwagandha as likely unsafe during pregnancy. The FDA categorizes medications by their potential teratogenic risk, where teratogenic is defined as a chemical or drug that may cause abnormal fetal development. Within this system ashwagandha is a Category C medication, which of the five categories lies in the middle for potential risk. Category C medications have animal studies that showed adverse effects on the fetus, but no controlled studies involving women. Which loosely translates to: we don’t know for sure if this compound is harmful to human fetal development, but it could be.

Ashwagandha May Increase the Risk of Miscarriage

While ashwagandha does offer many benefits, it includes compounds that may cause miscarriage. The National Institutes of Health (NIH) feels the same way, and has deemed ashwagandha unsafe for pregnant women because of the possibility it may trigger uterine contractions and cause miscarriages.

While there have been no formal studies of ashwagandha and miscarriage risk, there have been animal studies that resulted in increased miscarriages when study subjects were given large amounts of ashwagandha. While a person could be tempted to say, well then, simply don’t take large amounts of the spice, for such a serious matter it makes more sense to air on the side of caution and avoid ashwagandha altogether for the duration of a pregnancy.

Ashwagandha may increase a woman’s fertility and increase her chances of getting pregnant, and for that it may make sense (and be safe) for a woman to take ashwagandha supplements prior to becoming pregnant. Once pregnant, though, one should discontinue with the supplements.

Supplements That Are Safer Than Ashwagandha for Pregnant Women

Ashwagandha has many health benefits that make it a great natural supplement — for anyone who is not pregnant.

If you’re looking for nutritionally rich supplements that are safe during pregnancy, spirulina, folic acid, and CoQ10 are all good options.

Folic acid is a synthetic form of folate (vitamin B9). Pregnant women are encouraged to supplement their diet with folic acid because its been shown to reduce the chances of severe birth defects such as spina bifida.

Like ashwagandha, CoQ10 is a strong antioxidant. CoQ10 helps supply energy to all the cells in the body. While CoQ10 is found in some foods, it’s usually in low concentrations. That’s why it’s a popular nutritional supplement.

Women with high levels of CoQ10 often have higher pregnancy rates, so CoQ10 is a good supplement to take both when trying to conceive and during pregnancy.

Ashwagandha has proven fertility benefits for both women and men — perhaps even more so for men. It’s a supplement that’s safely taken by many couples who are trying to conceive. Once conception occurs, though, a pregnant woman should stop taking ashwagandha. Though not conclusively proven to be unsafe during pregnancy, studies involving ashwagandha and pregnancy in animals have led experts to question this supplement’s safety in pregnant humans. 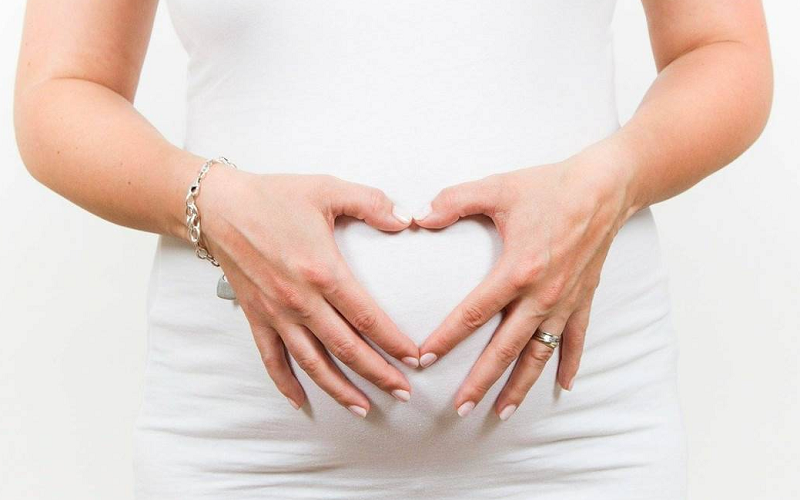 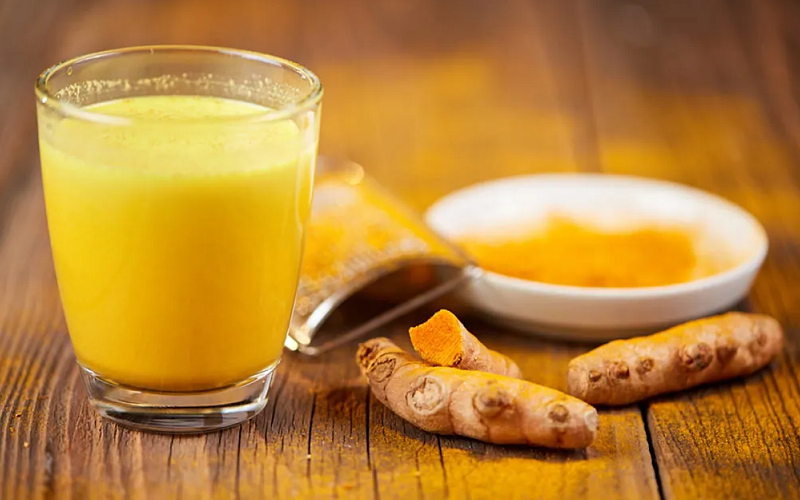 TURMERIC (CURCUMIN) AND PREGNANCY SAFETY: TEA, MILK, SUPPLEMENTS
Turmeric is a popular natural supplement, but is it safe during pregnancy...
PARTNERS 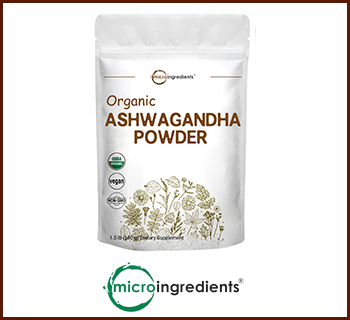 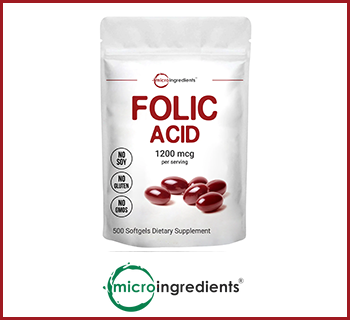 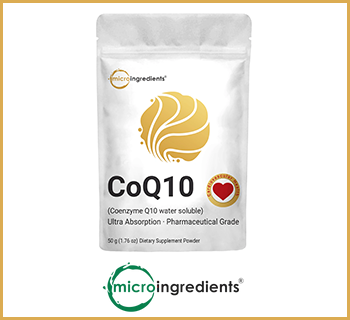